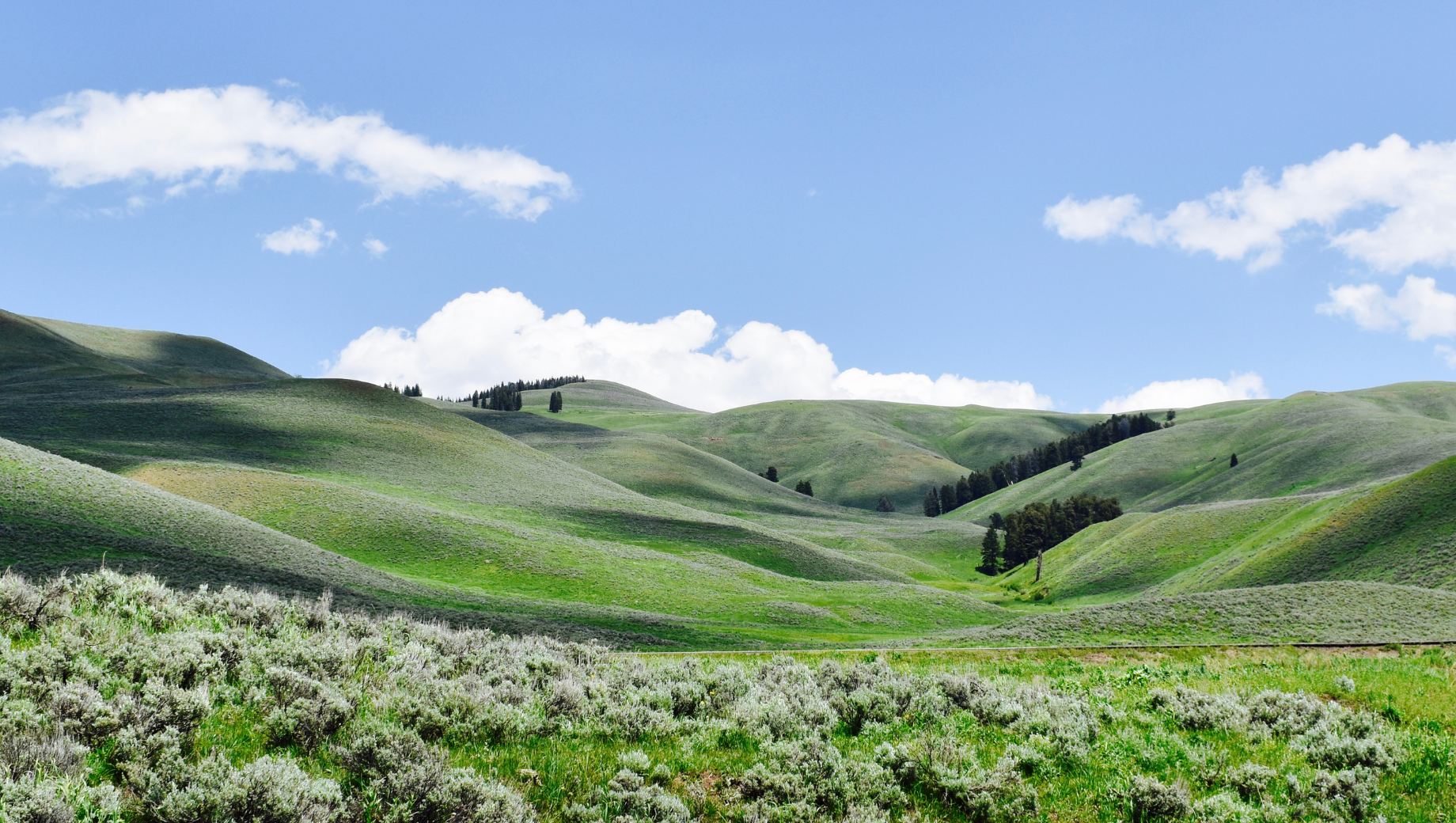 By John EricksonNovember 17, 2021No Comments

One of the first questions I ask a company owner or leader is: “Do the people you lead love to work for you?” The next question I ask is: “Why would anyone want to work at your company?”

The pandemic and the rise of remote work have changed how we view our lives and the world. As employers who need a stable and productive set of talent to maintain our output and our bottom line, we need to understand how to respond to this new reality.

Derek Thompson of The Atlantic tells us that the Great Resignation is not the only Great R-word overhauling the labor force. He points out three other realities.

This month, we had a conversation with our friend and colleague, David Macauley, of WendWorks around the idea of job embeddedness as a model for addressing the Great R’s.

Traditional turnover predictors such as job satisfaction, organizational commitment, job alternatives, job search activity, and even gender tend to focus on individuals. Specifically, on their feelings, state of mind, career-oriented activity, and pressures they may experience due to social status or family commitments. And what we’re seeing at the individual level is a perfect storm in the making.

After more than a year of the pandemic, many businesses are coming out of hiding and scaling operations back up at the same time across the country. The initial layoffs and job losses in the early days of the pandemic have set the stage for a massive, synchronized hiring spree which has led now to a labor shortage, unfilled positions, and means that individuals now have more job alternatives available to them than at almost any time in the last 5 to 10 years.

In addition, with the rise of career development related platforms such as LinkedIn and Grow with Google, it’s never been easier to actively search for jobs or set alerts for your dream job and then wait for that an alert on your phone to let you know that your dream job has found you.

As most organizations have turned to remote work wherever possible to stay open, the good news is that they are seeing good productivity and relatively high levels of satisfaction with remote work. Many employees find themselves so satisfied with remote work that returning to the office is perceived as a threat, with as many as two-thirds or more of employees reporting that they would rather switch jobs than return to the office.

Access to remote work has become more than just a perk for high performers, deployed staff, or senior leaders. It has become a logistical necessity for employees balancing the competing demands of pandemic life and an organizational commitment issue through which organizations now demonstrate their commitment to their employees and the level of trust in their company culture is operationalized.

Employees notice when low-trust companies resort to electronic monitoring, screen capture technology, and other forms of “nanny-ware” designed to track time-on-task. And it shows up in the level of reciprocal organizational commitment that they feel toward their employer. With some surveys showing as many as 85% of employees considering a job change, it’s fair to say that organizational commitment may just be running at an all-time low.

Now the good news is that there is more to the story than just these traditional turnover predictors.

As we talk about how leaders are preparing themselves and their organization for the Great Resignation, or Turnover Tsunami, I want to start the discussion by calling attention to something from the industrial psychology literature called Job Embeddedness.

What is Job Embeddedness? Put simply, it is the extent of an employee’s “stuck-ness,” enmeshing, or integration within a larger system.

And controlling for all other factors, studies have shown that it accurately predicts roughly a quarter of the turnover results demonstrated by employees.

Now, 25% may not sound like all that much, but statistically and practically speaking, it’s quite a significant effect.

More importantly, Job Embeddedness is worth examining because, unlike traditional turnover predictors that operate at the individual level, Job Embeddedness works at the organizational and systemic level. This means it operates precisely at the level where CEOs and senior leaders can influence the greatest level of influence and control based on their role within their organization.

HBR recently reported the results of a two-year survey on how employees are engaged in their work:

We studied more than 450 employees at two non-profit organizations for two years. Participants were assigned to one of four categories based on a combination of their turnover intentions measured via surveys at four different times and their actual turnover during the two years.

While every organization will be different, our data seem to corroborate Gallup’s 2020 findings that only 39% of U.S. workers are “engaged at work” (those who are highly involved in, enthusiastic about, and committed to their work and workplace).”

Beyond simply not leaving, enthusiastic stayers proved to be particularly valuable for organizations because of their superior productivity.

So how can organizations distinguish between enthusiastic and reluctant stayers? Our findings indicate that the key may reside in understanding the degree to which employees feel embedded in their organization. Among a set of well-known predictors that include job satisfaction and job performance, job embeddedness — the degree to which a person is connected in the social fabric of an organization — was the best predictor of whether an employee would be an enthusiastic stayer.

It is composed of three subdimensions:

How do we engage enthusiastic stayers through these dimensions and increase the odds of retaining the right talent? These are the three main issues. 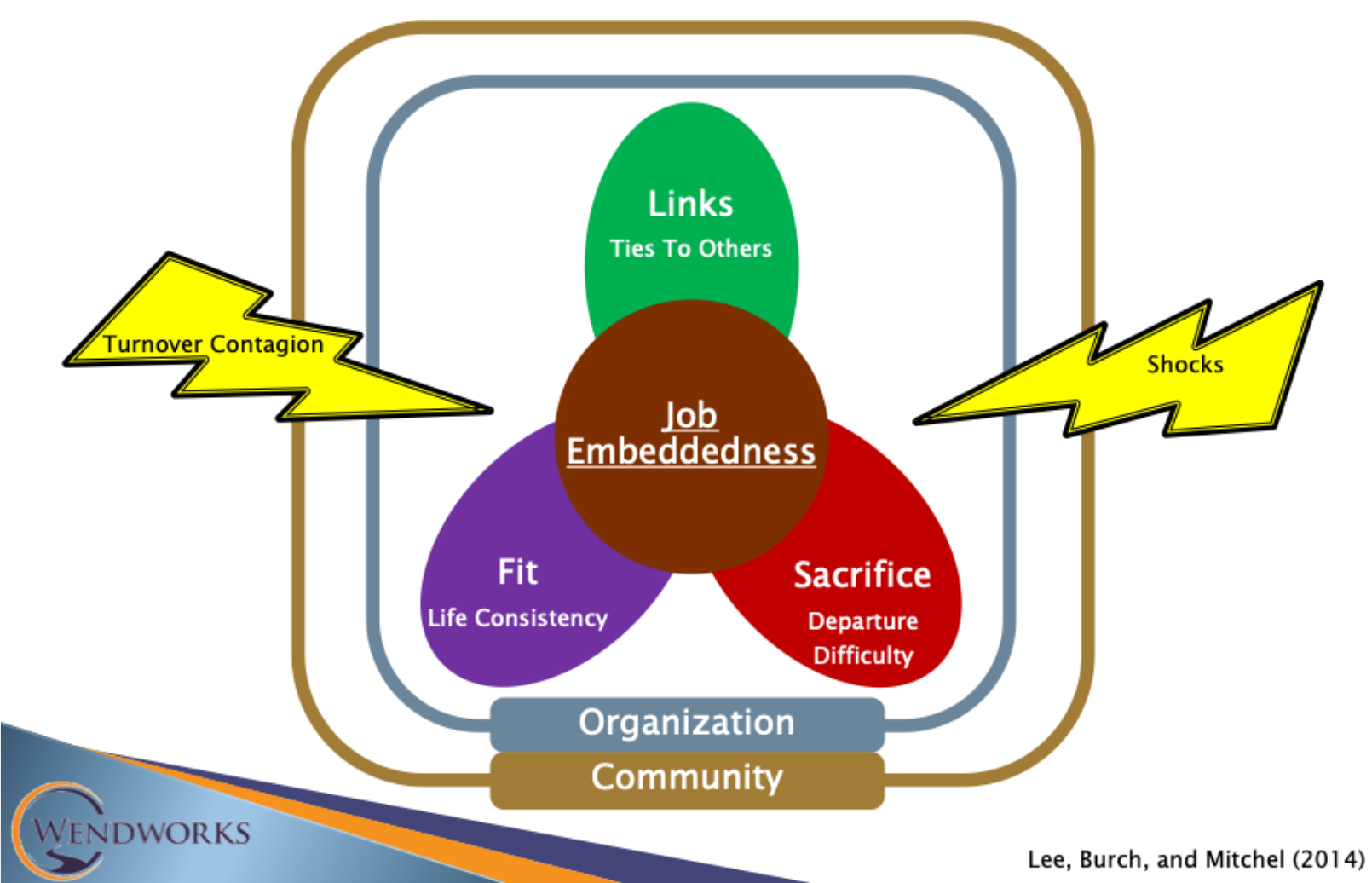 That’s what senior leaders face, so that’s what we talk about in our podcast and our workshop this month.

Let us know if we can work with you to address any of these realities in your company.

And, if you missed our latest podcast discussing the Great Resignation, you can check it out here:

Resources for this topic:

Q&A for this topic:

Culture is always built based on “the walk” not “the talk.”